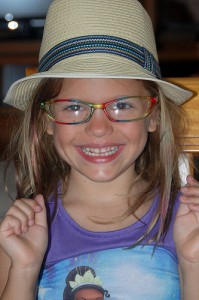 Russell and I decided to watch the Star Wars series with the kids. We’ve seen the first two movies (four and five) and we’re just about to start the animated series, The Clone Wars, before moving on to the third movie.

It had been a few weeks since the last movie. Zaffy bugs us every day to continue with the series. She’s discovered that boys love to talk “Star Wars” and she needs to educate herself.

We were in the car when this conversation took place.

Zaffy: Mom, when are we going to start The Clone Wars? We have to hurry.

Me: We don’t have to rush, Zaff. The movies aren’t going anywhere.

Zaffy: Mom, we have to watch before the election. What if Mitt Romney gets elected?

Zaffy: Mitt Romney is going to take away PBS and The Clone Wars.

Me: Zaffy, I don’t think that Mitt Romney has anything against the Star Wars franchise.

Zaffy: Yeah, well, that’s not what I heard.