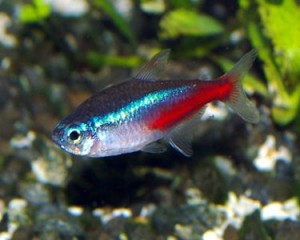 I had been out of town for several days. My phone rang. It was Zaffron. She was crying.

“He’s one of the fish we bought for the new aquarium. There’s Zippity, and Sucker and Coco and… ”

She broke off into sobs. I waited, knowing the story would continue when she was ready.

“We found him this morning. He wasn’t moving so Daddy took him out and shook him. He still didn’t move. He’s dead, Mommy. Really really dead.”

Her wailing continued. When it turned to sniffles I said, “Oh baby. I’m so sorry. You know when I was a little girl I had a goldfish named Sprite. When he died, I got a new fish and named him Sprite Two. Maybe we could get a Coco Two.”

Silence. You know the kind. Stunned silence. The kind where you can tell the other person is actually stunned that you could say such a thing. It was only punctuated by a single hiccup. And then this:

“Mommy! How could you? Nobody can replace Coco!”

She paused and I heard my husband’s muffled voice in the background.

“Daddy says to tell you that I have only known Coco for less than 24 hours.”